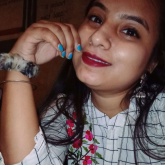 The former Japanese Prime Minister was assassinated by a gunman who open fire on him at a campaign event at Nara. The gunman, Tetsuya Yamagami, used a homemade gun. He told the police that he felt dissatisfied with Mr. Abe and wanted to kill him.

Mr. Abe died at a hospital in Kashihara city. The Turner’s Medical University hospital authorities informed that he was treated for 4.5 hours, but the doctors were unable to save his life. He was bleeding heavily and no amount of blood transfusion was helping.

The first shot fired missed him but the second shot hitting his back made him collapse to the ground. A man in his 40s was arrested and believed to be the shooter.

Yoichi Masuzoe, Ex- Tokyo governor, tweeted that Mr. Abe is currently in cardiopulmonary arrest. A term most often used in Japan before death is declared.

“Former Prime Minister Shinzo Abe was shot around 11:30 local time (02:30GMT) in Nara. A man believed to be the shooter has been taken into custody. ”

He further added, “Whatever the reason, such a barbaric act can never be tolerated, and we strongly condemn it.”

Eyewitnesses see a man with a ‘large gun’

Mr. Abe gave a speech in support of a candidate at Nara. When the attack happened, eyewitnesses saw a man carrying a large gun.

The first shot missed him, but the second shot hit his back. Mr. Abe instantly fell to the ground, bleeding. Security then immediately arrested the gunman, who made no signs of escaping.

Mr. Abe was “conscious and responsive” when taken to the hospital, as a local news channel broadcasted. They also added that police took custody of the gunman, identified him, and seized his gun.

Mr. Shinzo Abe was the longest-serving prime minister in Japan. He took office in 2006 for one year. He again took office from 2012 to 2022 before stepping down for health reasons. He had revealed later that he was suffering from a sort of relapse of an intestinal disease, Ulcerative Colitis.

The US Ambassador Tahm Emanuel said Mr. Abe has been an “outstanding leader of Japan and an unwavering ally of the US.” And that the US is “praying” for his well-being.

Previous post Shinzo Abe: Ex- Japanese Prime Minister shot at a campaign event in Nara
Next post Is There A Meijer Store In Your Area?
0 Shares

How Much Does Boris Johnson Earn?