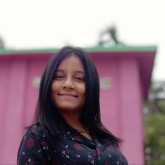 Bad English’s these lyrics completely make sense in the present world full of disappointments and distresses and hatred. Honestly speaking, if you can make at least one person smile a day, consider you are changing the world.

Every smile is beautiful and makes one fall in love time and again. I mean, you can literally forget every last bit of pain seeing your mom smiling for you. On the other hand, your heart will pound in joy once you find the smiling face of your beloved amidst a jostling crowd.

Well, I know World Smile Day is still 4 months left to come, but before that, why don’t you get to know the 12 best humans with the most beautiful smile in the world.

Keep scrolling to know the prettiest smiles with us….

12 Personalities With Most Beautiful Smile In The World 😊

Everything about a celebrity is mesmerizing and fascinating, be it their smile or their style statement, or even their lifestyle. For many big names, it’s their smile that directs them towards the destiny of fame and stardom.

Who has the most beautiful smile in the world? It’s a million-dollar question.

But sit back because your wait is over…..

In this section, I am going to tell you about the 12 best smiles across the world that can make you go head over heels.

I’m not boring to be around. Something will always happen.

Mila Kunis, the lead actor of Friends With Benefits, is the first name that came into my mind while talking about the most beautiful smile in the world. She has truly got an infectious smile that’s making me tag it as the world’s best smile. Even without adding glamour and glitz to her face, she looks flawlessly beautiful just because of that grin.

This Ukrainian Goddess has gone through an elegant and conservative rhinoplasty to narrow down the nasal dorsum. But, if you see the older pictures, you will still find her glorious smile with twinkles in her eyes.

The fruit of your own hard work is the sweetest.

The naturally enticing smile of the Bajirao Mastani Actress has made her earn the tag – Picture Perfect. People across the world go gaga over her smile and dimples, which make him look more lovely. This Bollywood diva has truly got some magic in her smile that helps her win the heart of the fandom time and over again.

A man told me that for a woman, I was very opinionated. I said, ‘for a man you’re kind of ignorant’.

Anne Hathaway, in her career, played everything from a normal girl turning into a princess to a penniless French woman to an overworked assistant. Nevertheless, on the red carpet, she is as pretty as a picture mainly because of her alluring smile. She is a true example of the most beautiful smile in the world.

Young girls are told you have to be the delicate princess. Hermione taught them that you can be the warrior.

The fashion-forward Harry Potter starlet is also the United Nation’s ambassador for her HeForShe initiative. Her accessibly classy style and elegant casual outfits, when paired with the bewitching smile, make the fans say, “ Oh My My, that’s the world’s best smile! ” To be very precise, not only Harry Potter but also Hermione Granger is a perfect example of “Beauty with Brain” in her real life.

We all have bad days, but one thing is true; no cloud is so dark that the sun can’t shine through.

One of the most acclaimed personalities in the global model industry, Miranda Kerr, is also a businesswoman. She frequently makes the front page of various magazines and represents a plethora of style battles worldwide. What makes her stand out from five other celebs is her endearing grin accompanied by a pair of dimples. Undoubtedly the title of the most beautiful smile in the world goes to Kerr.

I mean, look at the image above….

Maybe I’m completely different from everyone else.

Kristen Stewart is a proud member of the LGBTQ+ community. The 32-year-old Twilight star’s smile is one of the rarest smiles in the world, although she doesn’t give a damn. Over several years, she wasn’t seen smiling in any photo, and one day, she opened up about that. Nonetheless, the fans considered her refusal to smile as a “bad attitude.”

“Now I feel like if I smiled for a paparazzi photo—not that I ever would—that’s exactly what people would be desecrating me for,” Kristen said the ELLE Magazine in September 2024.

Without a second thought, I would simply say that Anahita Hashemzadeh is the cutest kid with the best smile in the world. This 5-year-old Instagram model from Iran has taken over the hearts of millions through her charming grin, innocent looks, and dazzling eyes. Just throw the question “ who has the most beautiful smile in the world ” to Google, and it would lead you to this pretty kid.

Can you imagine, at this age, she draws the income from endorsements and social media paid content? It’s all because of her smile which is the cutest smile in the world.

Once you figure out who you are and what you love about yourself, I think it all kind of falls into place.

Jennifer Anniston, AKA our Rachel Greene from F.R.I.E.N.D.S., has by far the best smile in the world. It’s that deep smile that gives rise to smile lines and creases; however, she has very minimal lines. She has some work done on her face to eliminate the lines from appearing. BTW, she is another one on our list who has undergone a rhinoplasty surgery to fix an incorrectly done deviated septum.

If you wanna make the world a better place, take a look at yourself and then make a change

The versatile Moonwalker, Michael Jackson, is on my list of the most beautiful smiles in the world. The top hottest singer of all time has one of the prettiest smiles and even after so many years of his demise that remains evergreen amongst the fans. Since childhood, he always received compliments about his smile, although, due to body dysmorphic disorder, his smile was not his favorite.

Interview with a Vampire’ made vampires sexy.

Let me tell you one thing.

Joseph Morgan’s smile is worth dying for. Period.

With a pair of adorable dimples and a sharp jawline, he can make butterflies run in his stomach with his brightest smile. Behind those dazzling eyes and endearing smiles, there is a super lovable and good human being that makes him unique. Plus, Morgan’s cutting-edge British Accent and husky voice can set fans’ souls on fire.

Most beautiful smile in the world? Yaaas, he is definitely one of them

Sometimes just when I say hello the right way, I’m like, ‘Whoa, I’m so cool.

When it comes to “The Batman,” this British dreamboat simply fills his fans’ hearts with joy through his smile. That’s why I have added him to the most beautiful smile on the world list. His blue eyes and wide smile lighten up the overall attitude every time he arrives in front of the camera.

Did you know the Twilight lead actor was almost fired from the cast for not smiling enough? WHOA, that’s pretty crazy!!!

I think that we all do heroic things, but hero is not a noun, it’s a verb.

The last name on our list of the most beautiful smile in the world is Robert Downey Jr. He has actually got different smiles for different moods, and that drives the fans to go cuckoo. Behind those intelligent eyes, RDJ is one of the coolest human beings one can ever think about.

And this marks the closure of the list of the world’s best smiles.

Q1. What Are The Different Types Of Smiles?

Q2. Which Smile Is The Best?

Q3. Which Is A Rarest Smile?

Ans: The charismatic complex smile is the rarest one and is available naturally in 2% of the entire global population.

Q4. Which Celebrities Have The Most Beautiful Smile In The World?

Smile Is A Curve That Sets Everything Straight…. 😊

“Smile though your heart is aching

Smile even though it’s breaking

When there are clouds in the sky, you’ll get by

If you smile through your fear and sorrow

Do you know nothing you wear defines you if you don’t smile? In this era of the rat race, putting a smile on your face constantly is difficult. But my friend, it’s you who has to find the reason for smiling.
As you can see a bunch of happy, glowing, and stunning faces above, what do you think of them? Do let us know if you want to add any other name to the list of the most beautiful smile in the world. Let’s meet in the comment area below.

Saili Ganguly is a content developer both by passion and profession. She loves to travel, read extensively and observe whatever happening all around. Her favourite niches are technology, travel, health & fitness and beauty. She is an expert in creating SEO friendly content as well. At present she is working with a firm as a content executive.

Why Tubed Packaged Goods Are One Of The Best Choices? Everything You Need To Know.