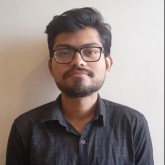 The company explains that Elons disagreement with his own agreement has hurt Twitter’s stockholder value.

Twitter has decided to sue the world’s richest man for $1 Billion on Tuesday, 12 July, for backing out of his own agreement to buy the social media giants.

The company states that Elon disrespected the company and its stockholders when he announced that he was backing out of the $44 billion trade deal.

Elon states that he has decided not to go forward with the acquisition of Twitter. This came after Twitter did not oblige to disclose information about spam bots or fake accounts to Elon’s lawyers.

This came after Twitter said that roughly 5% of all the accounts are bot accounts. However, Elon believes that this number is not true and that the actual figures are way higher. When his lawyers requested to disclose information about such accounts, Twitter refused to do so. This non-disclosure of information became the main reason why Elon decided to back out of the deal.

However, Twitter believes that this is just a ruse to cover up the fact that Tesla’s share price has been falling gradually over the last few months. Twitter then sent a letter to Elon’s lawyer, citing the “invalid and wrongful” decision to not go through with the agreement, where Elon “purposefully breached” his agreement to buy Twitter.

In addition, Elon publicly announced that Twitter has not disclosed bot accounts and even shared memes that hurt the reputation of the firm. This also breached a clause on the agreement to not publicly insult the company. This insult has reportedly hurt the stock prices of Twitter, which fell by 35% after Elon’s announcement on Saturday.

Twitter has filed a lawsuit against Elon in the Delaware Court of Chancery for non-conformity to his contractual obligations to buy Twitter as per the Delaware Contracts Law. The trial will begin shortly.

Debamalya is a professional content writer from Kolkata, India. Constantly improving himself in this industry for more than three years, he has amassed immense knowledge regarding his niches of writing tech and gaming articles. He loves spending time with his cats, along with playing every new PC action game as soon as possible.